CBD has taken off as its own little niche both inside and outside of the medical marijuana phenomenon. It can be consumed in numerous ways apart from directly smoking cannabis flower. Vaping is one method picking up steam. 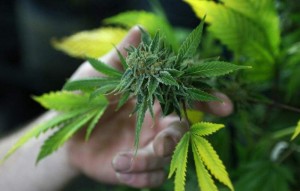 The concept of vaping CBD oil is based on the same principal as vaping nicotine and non-nicotine e-liquids. It has been said that smoking emits an arsenal of carcinogenic toxins, so vaping theoretically eliminates a huge portion of the so-called dangers associated with blazing cannabis in the traditional form. CBD oil can be consumed in the same vape pens used to blow massive clouds from PG and VG-based liquids, and is generally made from the same core ingredients. The difference, of course, lies in the effects.

Vaping has proven to be an effective way to unlock the benefits of CBD, which include properties that combat anxiety, relieve pain, reduce nausea, and even suppress seizure activity. When it comes to cannabis flowers, smoking is one of the fastest ways to absorb the key compounds. A few tugs on a joint with high THC and/or CBD content and you’re reaping the benefits quickly. But what about vaping CBD oil? The answer is “it all depends”. 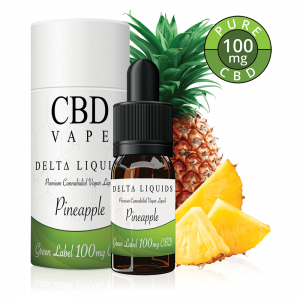 Just like any other source, vape juice comes with a specific amount of CBD, which is often expressed in milligrams. The strength of products on the market tend to range anywhere from 30 to 300 mg. A product with a higher strength would produce faster and stronger effects in fewer puffs. Of the course the exact number of hits needed to produce those effects will depend on a number of factors, mainly the strength of the product. For example, products from the Delta Liquids Blue Label contain 50 mg, which has a recommendation of 143 puffs per day. Products from the Green Label contain 100 mg, which reduces the amount of recommended puffs down by nearly half at 71 per day.

One factor that seems to influence the effects of CBD and how fast a user reaps the benefits is experience. So for instance, if you consume medical marijuana on a regular or even occasional basis, you probably have noticeable amounts of both THC and CBD in your system, so you may experience effects from vaping in a fewer amount of puffs than someone who doesn’t. On the other hand, someone who hasn’t consumed any cannabis may initially require a few trials with CBD-rich vape oil before the product takes effect. The theory is similar to traditional medicine in that the medication often has to build up in your system in order to trigger effects. Everyone is different, though, so one individual’s mileage may differ from the next.

The marketplace for CBD vape juice is exploding with options as more companies look to capitalize on this growing trend. We’ll give you some important considerations to keep in mind in a future post. Until then we’ll leave you stressing the importance of doing your homework and shopping around because CBD products can be needlessly expensive.

I will have to say after getting past the lingering taste in my mouth I noticed the pain in my back and joints disappear. I fell asleep and slept all night 8 hours to be exact. I haven’t slept that long in a few months. Iv been off synthetic pain meds for 2 months and needed a natural replacement . The akuamma seeds worked like a charm without any side effects. Feeling great this morning! It’s mind over matter activating the seeds between your teeth but worth it in the end. I give it a B+ just because of the taste or else I would give it an A -